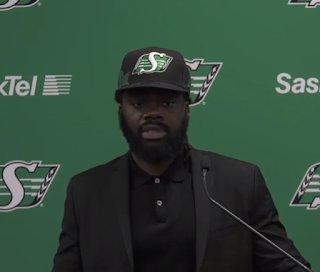 Elimimian (6’2 – 225 lbs) joins the Roughriders after spending the last nine seasons with the B.C. Lions.

In 118 career games, Elimimian has collected 745 defensive tackles, eight interceptions and eight forced fumbles. Additionally, he’s surpassed 100 defensive tackles three times in his career (2014, 2016, 2017), holds the CFL’s single season record for most tackles in a season (2014) and holds three of the top four all-time records in that same category.


WOOHOO!! Lessens the loss of Eguavoen a little!


Completely unrelated, but was Dan Clark wearing a seatbelt when his accident occurred. How do you get thrown from your vehicle if not wearing one?