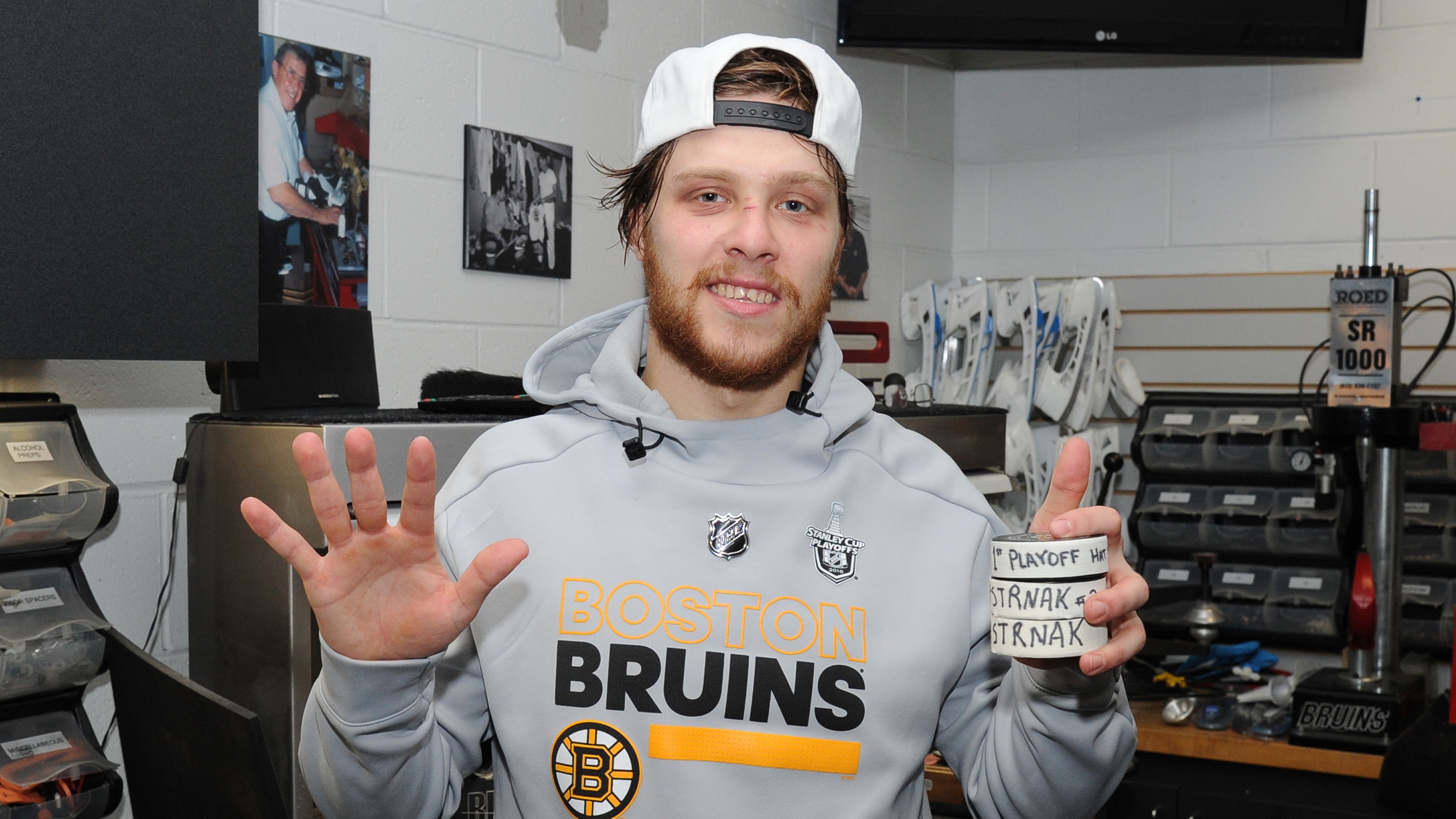 PASTRNAK POSTS SIX POINTS TO POWER BRUINS PAST MAPLE LEAFS
David Pastrnak (3-3—6) factored on six of Boston’s seven goals to power the Bruins to a 2-0 lead in their First Round series with the Maple Leafs.

* Pastrnak became the third player in franchise history to record six points in a playoff game, joining Phil Esposito and Rick Middleton. He became the first Bruins player to score a hat trick in the postseason since David Krejci in Game 4 of the 2013 Conference Quarterfinals (3-0—3 at TOR).

* Pastrnak became just the fifth player on any team in the past 20 years (since 1998) to record six points in a playoff game and first since Philadelphia’s Claude Giroux in Game 2 of the 2012 Conference Quarterfinals (3-3—6 at PIT).

INSIDE THE NUMBERS: PASTRNAK’S SIX-POINT NIGHT
In addition to tying a franchise record for points in a playoff game, David Pastrnak also established and matched NHL records on Saturday night:

LIGHTNING, KUCHEROV ERUPT IN SECOND PERIOD
Nikita Kucherov (1-2—3) factored on three of four second-period goals to guide the Lightning to a 2-0 lead in their First Round series with the Devils. Tampa Bay scored four goals in a single period during the Stanley Cup Playoffs for the first time in franchise history.

* Kucherov scored his 24th career playoff goal (all w/ TBL), trailing only Martin St. Louis (33) for the most in franchise history. His 24 goals in the Stanley Cup Playoffs are the most among all players since making his League debut in 2013-14, one more than Penguins forward Evgeni Malkin and Lightning teammate Tyler Johnson (both w/ 23).


BALANCED SCORING LIFTS PREDATORS PAST AVALANCHE
Five different skaters scored to lift the Predators to a 2-0 lead in their First Round series with the Avalanche. Nashville, which earned a 5-2 win in Game 1, scored at least five goals in consecutive postseason games for the first time in franchise history.

* Ten different Nashville players collected at least one point in Game 2, with balanced scoring continuing to be a common theme for the Predators. The Presidents’ Trophy winners finished first in the League standings with their leading scorer recording fewer than 70 points with the club (Filip Forsberg: 26-38—64), becoming just the seventh team in the NHL’s expansion era (since 1967-68) to do so and first since the Rangers in 2014-15 (Rick Nash: 42-27—69).

* The Predators improved to 11-2 in postseason games at Bridgestone Arena since the beginning of the 2017 Stanley Cup Playoffs, tied with the Penguins for the most postseason home wins in that span. Nashville has won 12 consecutive games vs. COL dating to April 5, 2016 (regular season and playoffs), including seven victories on home ice.

COUTURE PROPELS SHARKS TO SECOND WIN IN ANAHEIM
Logan Couture collected 1-1—2 to propel the Sharks to a 2-0 lead in their First Round series with the Ducks.

SNEAK PEEK AT SUNDAY’S ACTION
The Jets and Golden Knights look to take 3-0 series leads on Saturday, while the Flyers and Penguins shift to Philadelphia with their series even at 1-1. Elias notes that when a best-of-seven Stanley Cup Playoffs series is tied 1-1, the winner of Game 3 holds an all-time series record of 206-100 (67.3%)


Austin Matthews realizes the playoffs are on right?