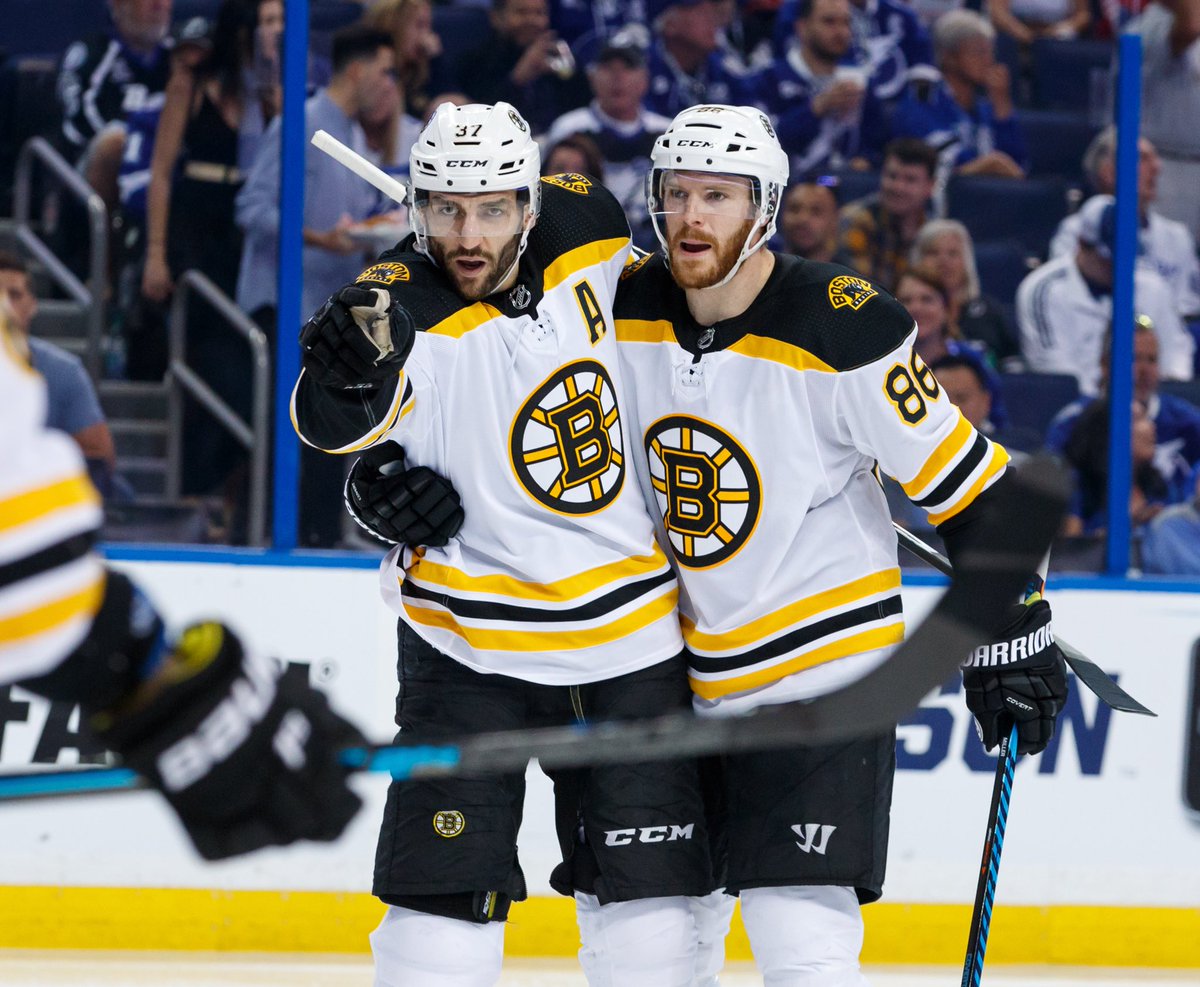 * There have been 10 instances of a player recording at least four points in a game this postseason, with the Bruins accounting for five of those performances in eight games played (two apiece for Pastrnak and Marchand and one for Bergeron). Boston players combined for five such outings in the team’s previous 162 playoff games dating to 1994.

COUTURE NETS WINNER IN DOUBLE-OVERTIME AS SHARKS EVEN SERIES

Logan Couture scored his second goal of the game at 5:13 of the second overtime to help the Sharks snap the Golden Knights’ five-game winning streak and draw even in their best-of-seven series.

San Jose improved to 23-22 in 45 postseason overtime games, including a 4-4 record in contests that required multiple overtime periods. The Sharks are the second road team to capture a victory in double-overtime in the 2018 Stanley Cup Playoffs, joining the Capitals (Game 3 of the FR at CBJ).

* Brent Burns (2-1—3) collected an assist on Couture’s second career postseason overtime goal. Since joining the Sharks in 2011-12, Burns has accumulated three three-point performances in the playoffs, making him the only defenseman in franchise history to post three such outings and the only Sharks blueliner to collect a two-goal outing on multiple occassions (3x). In fact, he is the only NHL defenseman with more than one multi-goal game in the playoffs since 2012.

* San Jose overcame a multi-goal deficit to win a playoff game for the ninth time in franchise history, with the last such rally coming in Game 1 of their First Round series at Edmonton last year. There are four other instances this postseason of a team winning after facing a multi-goal deficit: Columbus and Pittsburgh each have two such wins.

* The Sharks found the back of the net four times in Saturday’s contest – including three goals in the second period – against a Golden Knights team that allowed only three goals against in its first five postseason games.

The Penguins and Jets look to take 2-0 leads in their respective series vs. the Capitals and Predators. Teams that take a 2-0 series lead on the road in a best-of-seven seris in the Stanley Cup Playoffs hold an all-time record of 71-20 (78.0%).

What a horrible thing for those Memorial Cup organizers if either Everett or Lethbridge represent the WHL. They can't even sellout the upper ends on east side for any game, and that's with Swift still in this thing.