Mark Scheifele scored twice and Connor Hellebuyck made 47 saves to help the Jets stifle the Predators in Game 1 of the first Second Round appearance in franchise history. 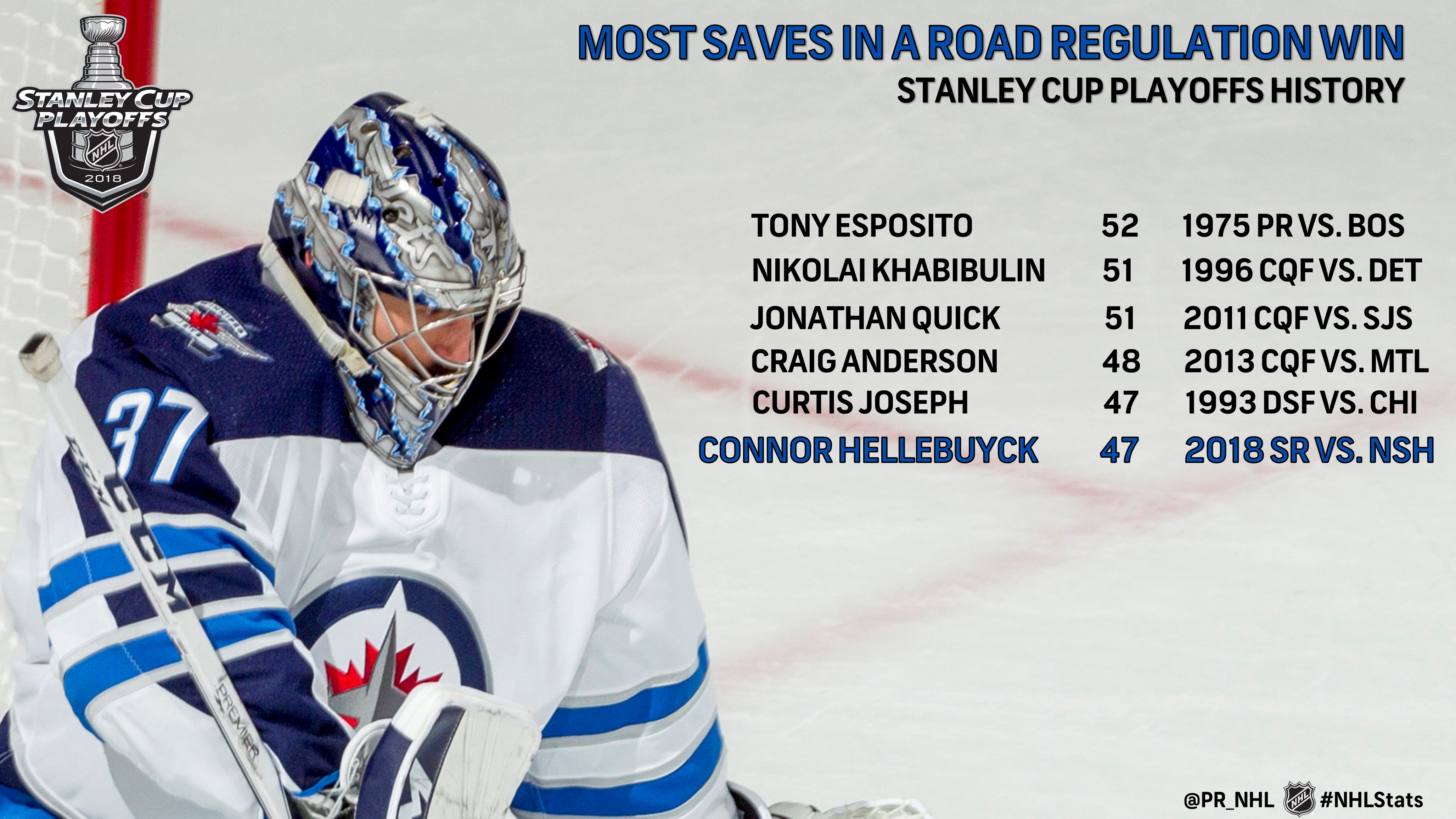 The final series debut of the Second Round takes place on Saturday when the Lightning host the Bruins at AMALIE Arena in Tampa. The two teams battled for first place in the Atlantic Division and Eastern Conference until the final game of the 2017-18 regular season, with Tampa Bay (54-23-5, 113 points) earning the top seed (BOS: 50-20-12, 112 points).

* The Lightning and Bruins are meeting in the Stanley Cup Playoffs for the second time, with their lone other matchup occurring in the 2011 Eastern Conference Final. Tim Thomas stopped all 24 shots he faced and Nathan Horton scored the lone goal at 12:27 of the third period to lift Boston to a 1-0 victory in Game 7 at TD Garden. The Bruins then went on to capture their sixth and most recent Stanley Cup (4-3 W vs. VAN).

* Boston went 3-1-0 against Tampa Bay during the regular season (TBL: 1-3-0), with its lone loss coming in the season finale April 3 (4-0 L at TBL). Bruins defenseman Torey Krug paced all players with 1-5—6 in the season series.

2018 NHL DRAFT LOTTERY TO BE HELD SATURDAY IN TORONTO

* New this year, the results of picks 15 through 4 of the NHL Draft Lottery will be announced live during the 2018 NHL Draft Lottery show beginning at 7:30 p.m. ET on Sportsnet, NBCSN, CBC, and TVA Sports. The remaining three picks will be revealed live on broadcast during the second intermission of the Golden Knights vs. Sharks game (8 p.m. ET, NBC, Sportsnet, CBC, TVA Sports).