--Jordan Spieth is the leader at Augusta after one round.  Spieth shot a six-under 65 to give him a two stroke lead over Tony Finau and Matt Kuchar.  Finau was playing one day after dislocating his ankle and putting it back in himself.  He had hit a hole-in-one during the Par 3 tournament and was celebrating when he suffered the injury. Tiger Woods was one over par. 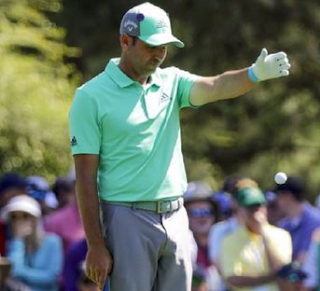 Defending champ Sergio Garcia shot a nine over 81----13 of those coming on the 15th as he had the worst score on that hole in tournament history.  That is what happens when you put 5 in the water.

--Eight members of the WHL including three Blades and one Prince Albert Raider  are going to represent Canada at the World Under 18 tournament in Russia. Heading overseas are Estevan's Cole Fonstad (Prince Albert) along with Yorkton's Aaron Maier (Saskatoon) and his Blades teammates Kirby Dach and Chase Wouters.

--The Notre Dame Hounds had very little problems in their first game at the Telus Cup West regional. They crushed Kenora 11-0 outshooting them 54-11.  Cordell Larson and Luke Mylymok each had three for the Hounds.  If they win this four-team event, they will be off to the Telus Cup.

--The 50/50 in Vancouver at the Canucks/Arizona game was over 1 million dollars. The winner took home $501,000.  Whoever won could likely care less that it was the last home game for Daniel and Henrik Sedin and that the Canucks won the game in overtime on a goal by Daniel from Henrik.

--Conor McGregor simply lost it.   The UFC fighter is in custody and is expected to be charged with assault following an incident earlier Thursday in Brooklyn. McGregor unexpectedly showed up at a UFC 223 media event Thursday at Barclays Center, and was caught on camera throwing a hand dolly through the window of a bus that was carrying UFC fighters.