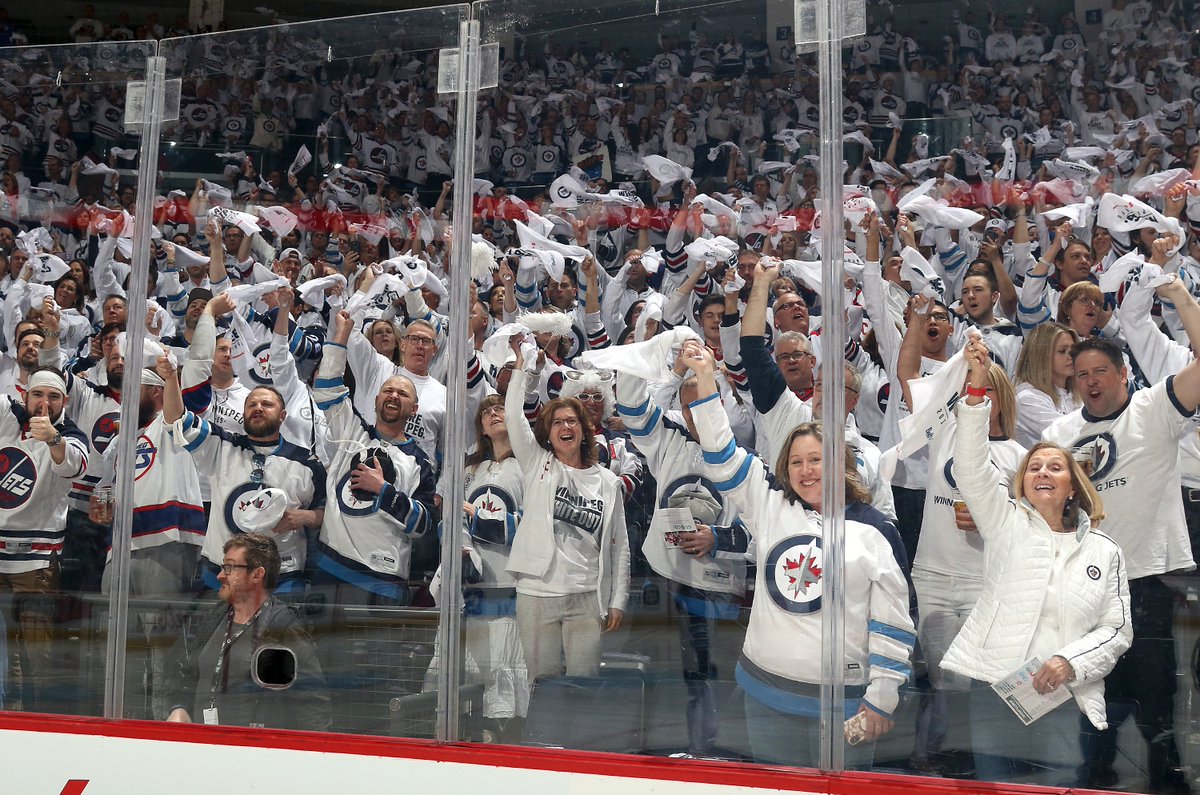 The Jets scored 31 seconds into the game and four times in the opening 12 minutes en route to their first-ever playoff series victory. Ten different players contributed on offense, while Vezina Trophy finalist Connor Hellebuyck made 30 saves to record his second straight shutout.

* After allowing six goals in a Game 3 defeat, Hellebuyck stopped all 60 shots he faced over the final two games to become the third goaltender in the past 13 years to end a series with back-to-back shutouts. In addition to Pittsburgh’s Matt Murray in the 2017 Stanley Cup Final vs. NSH, Elias notes that New York’s Henrik Lundqvist achieved the feat in the 2013 Conference Quarterfinals vs. WSH.

* The Jets will face either the Predators or Avalanche in the Second Round of the 2018 Stanley Cup Playoffs. The original Winnipeg Jets franchise reached the second round twice: they were swept by Edmonton in the Division Finals in both 1985 and 1987 (after defeating Calgary in the opening round both times).

The Avalanche and Flyers each scored go-ahead, game-winning goals in the last 90 seconds of regulation to cut deficits to 3-2 in their respective series against the Predators and Penguins – the two clubs who met in the 2017 Stanley Cup Final.

* Elias notes that Friday was just the second day in Stanley Cup Playoffs history to feature two go-ahead goals in the last 90 seconds of regulation. The other instance was April 16, 1985, when Mats Naslund (59:09) and Brent Ashton (58:51) scored for the Canadiens and Nordiques, respectively, to clinch their best-of-five series against the Bruins and Sabres.

* Less than two weeks after posting 1-2—3 in a must-win game that propelled the Avalanche into the playoffs, captain Gabriel Landeskog again helped extend his team’s season, scoring the tying goal at 15:49 of the third period to set the stage for Sven Andrighetto’s winning tally with 1:28 remaining in regulation.

* Elias notes that the Avalanche won a playoff game in regulation after facing a deficit in the final five minutes of the third period for the first time in franchise history. Colorado became the first team to do so since Chicago’s historic Stanley Cup-clinching rally against Boston in Game 6 of the 2013 Final.

* This marks the fourth time in as many tries that the Avalanche/Nordiques won Game 5 when facing a 3-1 series deficit. They suffered a Game 6 defeat in each of the previous three scenarios.

The Devils and Maple Leafs look to stay alive against the Lightning and Bruins, respectively, while the Capitals and Blue Jackets battle for a series lead in Game 5.

* The Devils are 1-9 in 10 all-time best-of-seven series in which they faced a 3-1 deficit, while the Maple Leafs are 1-14 in 15 such scenarios. New Jersey rallied for its win in the 2000 Conference Finals vs. PHI en route to capturing the Stanley Cup, while Toronto did so in the 1942 Final vs. DET – a series they trailed 3-0.