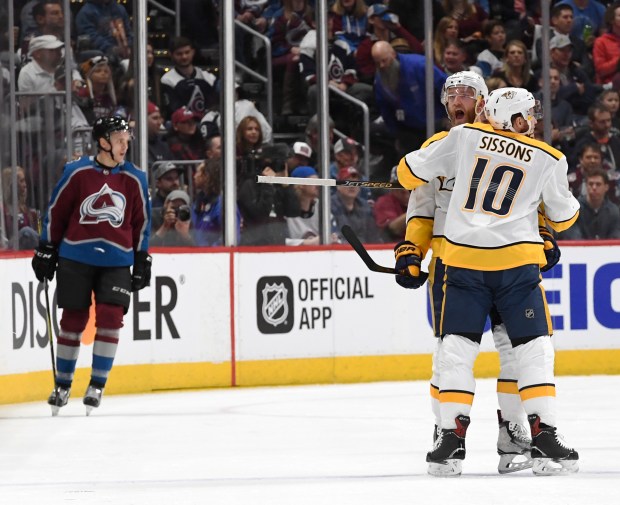 Down 4-2 midway through the second period, the Penguins scored five consecutive goals – including four in a row from Jake Guentzel (4-1—5) – to earn their ninth straight series victory and advance to the Second Round of the 2018 Stanley Cup Playoffs.

* The Penguins, who also won nine consecutive postseason series from 1991-93, became the second team in NHL history to record two such streaks of that length (excluding missed playoff years). The Canadiens won 13 straight series from 1976-80 and 10 in a row from 1956-60.

* The Penguins scored at least eight goals in a playoff game for the fourth time in franchise history. They last achieved the feat in Game 4 of the 2012 Conference Quarterfinals, also at PHI (10-3 W).

* The Penguins improved to 3-4 in their seven all-time postseason series against the Flyers. They have advanced to the Stanley Cup Final following each of the prior two wins, in 2008 and 2009.

INSIDE THE NUMBERS---GUENTZEL'S STELLAR PERFORMANCE

Penguins forward Jake Guentzel netted four consecutive goals – including two in a span of 10 seconds – en route to his second career playoff hat trick and first career five-point game (regular season or playoffs).* Guentzel became the third player in NHL history to score four straight goals in a postseason game. The others: Montreal’s Newsy Lalonde in Game 2 of the 1919 F (vs. SEA) and Philadelphia’s Tim Kerr in Game 3 of the 1985 DSF (at NYR). He also became the seventh player in League history to record four goals in a series-clinching game: 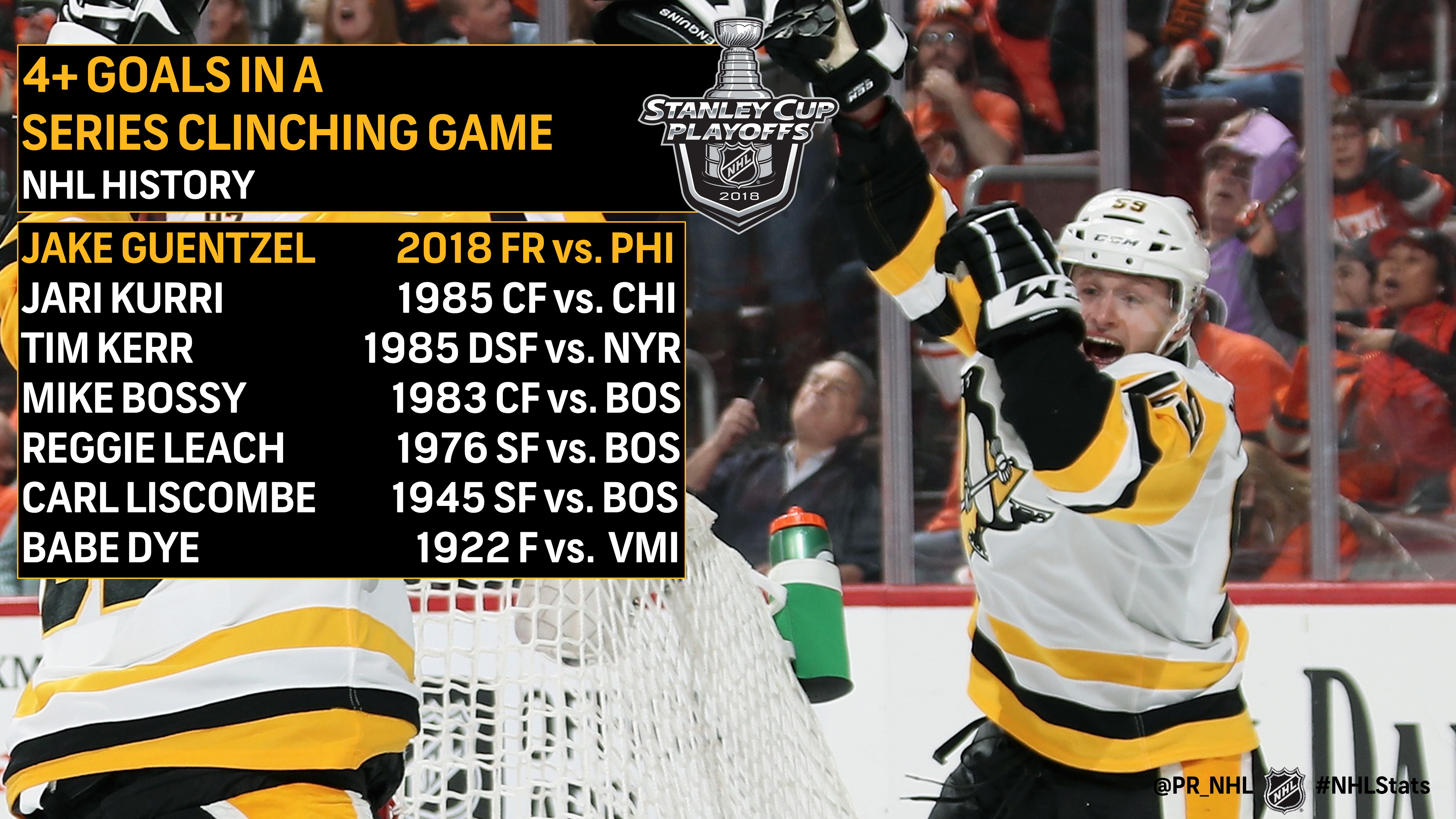 PREDATORS BLANK AVALANCHE, WILL PLAY JETS IN THE SECOND ROUND


Pekka Rinne stopped all 22 shots he faced to earn his fourth career playoff shutout and help the Predators advance to the Second Round of the 2018 Stanley Cup Playoffs.

* Nashville posted a shutout victory in a series-deciding game for the first time in franchise history, joining Vegas and Winnipeg as the third team to accomplish the feat in 2018.

* Nick Bonino (1-2—3) joined Colton Sissons (Game 6 of the 2017 CF vs. ANA) as the only players in Predators history to record three points in a series-deciding game.

* The Predators now will face the Jets in the Second Round after taking the regular-season series 3-1-1 (WPG: 2-3-0).


With Nashville, Winnipeg, Vegas and San Jose all advancing to the Second Round of the 2018 Stanley Cup Playoffs, it marks just the third time that the final four teams in either conference all are chasing their first Stanley Cup (since the introduction of conferences in 1974-75). The other instances: 1984 (MNS, STL, EDM, CGY; EDM won Stanley Cup) and 2012 (STL, LAK, PHX, NSH; LAK won Stanley Cup).